Free Parcel Shipping Over $100.00 Purchase on most items
Like us on our Facebook Page
Home/DALLAS COWBOYS HERITAGE BANNER 8"X32" 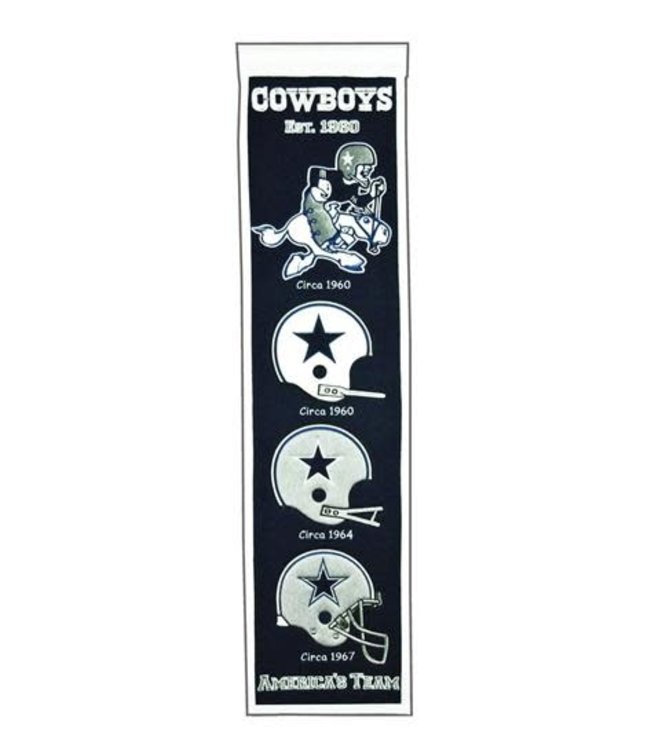 The Dallas Cowboys joined the NFL in 1960 as the league's first modern-era expansion team. Donning its iconic star logo, the team soon became one of the most popular teams in the country. In 1966, the team began a streak of 20 consecutive winning seasons, with five trips to the Super Bowl, a feat that helped establish the Cowboys as 'America's Team'. With five Super Bowl titles, including three in the 1990s, the team continues to be a fan favorite. From Staubach to Aikman, and Dorsett to Smith, the blue star has been worn by 22 Hall of Famers.