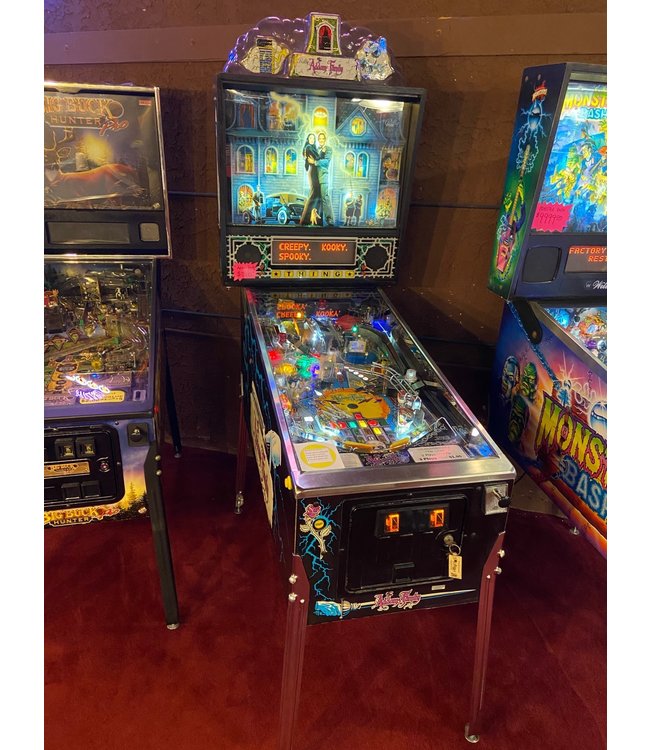 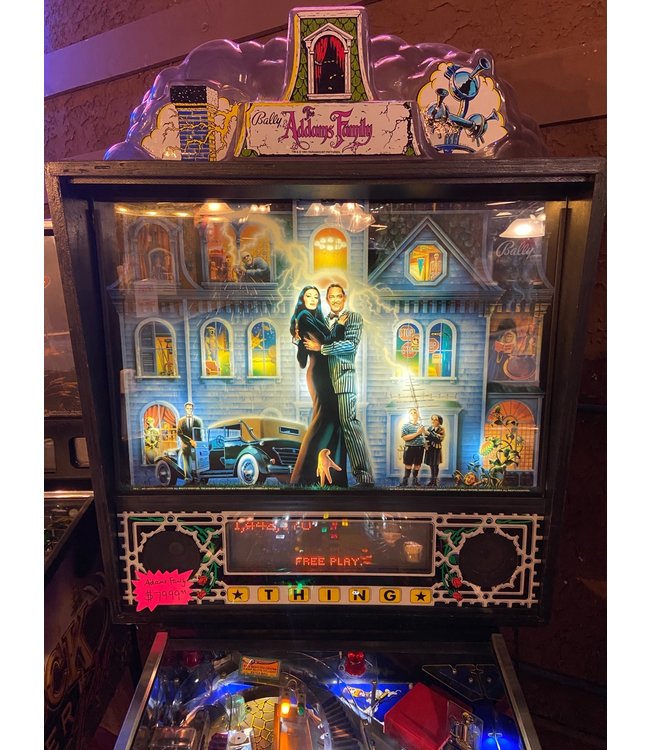 The Addams Family pinball machine is one of the best selling pinball machines. Manufactured by Midway (under the Bally name), it is a solid state electronic game. It was based on the 1991 movi Read more..

The machine’s game card describes the game objective as being to “Explore the strange world of the Addams Family.” With that in mind there is no single player goal, though there are two central objectives:

The Mansion: The Addams Family mansion is located in the center of the playfield and has 12 “windows”. Each window corresponds to a different room that the player can enter and receive an award for.
Vault Multiball: In the top-right section of the playfield is a blue bookcase, representing the bookcase that Gomez shows Uncle Fester in the movie. Hits to it award letters in the word “Greed”. Once the word is completed, like in the movie, the bookcase turns, revealing a shot to the vault behind the bookcase (it is possible but rare for a ball to go into the vault when the bookcase is in the blocking position). A shot to the vault locks the ball for future multiball use, or starts the multiball when two balls have been previously locked. The bookcase also opens access to the vault at certain other times during the mini games, with varying scores and effects.
Game Features:

The Addams Family pinball machine is..